It's a week after the Common Riding and it feels more like a month away for some strange reason. I had a good Common Riding. Neil, Joe and Sandy came, along with Graham and Mel from Carlisle, we all crammed in to the bungalow with a surprising level of comfort considering I'm a bedroom down.

We woke up to very heavy showers which persisted most of the morning so that curtailed a morning walk. It was my turn at the Welcome to Langholm information hub which due to the weather was rather quiet. After doing my stint I came home and had some pate on toast for lunch then proceeded to put a week into the E & L database. After a snooze I phoned Tootlepedal to see if he was interested in going for a stroll round the pheasant pens, to which he said he was.
Headed over the  Duchess Bridge.... 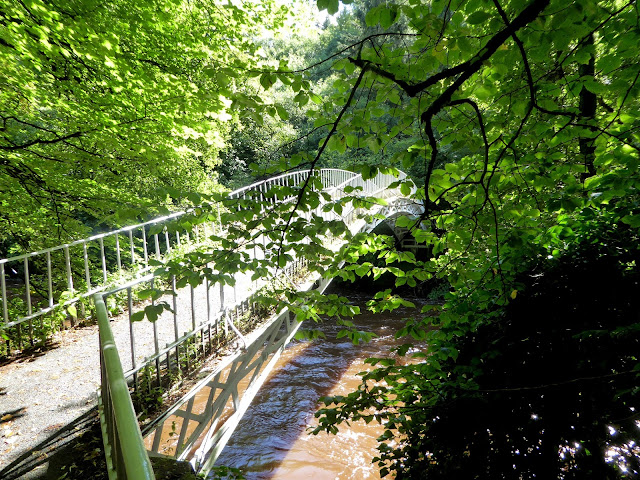 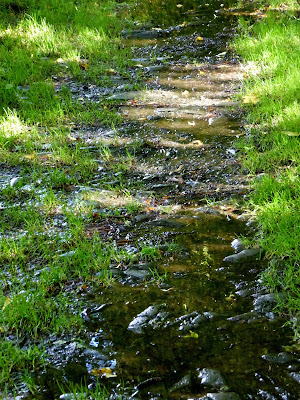 I'm sure the tin huts at the lodge would make excellent holiday accomodation. 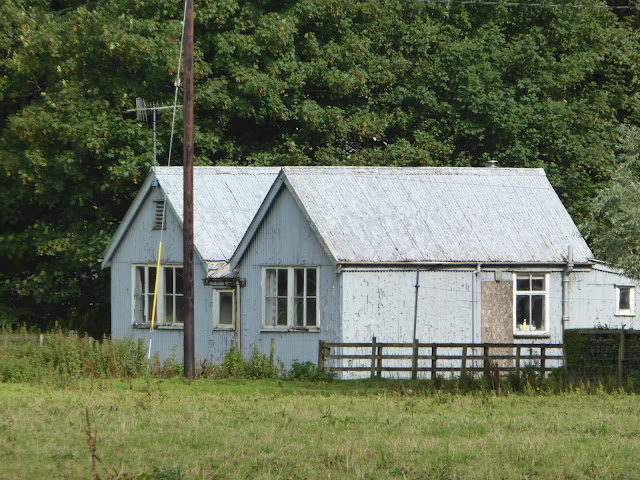 The trees on the Castleholm stand proud. 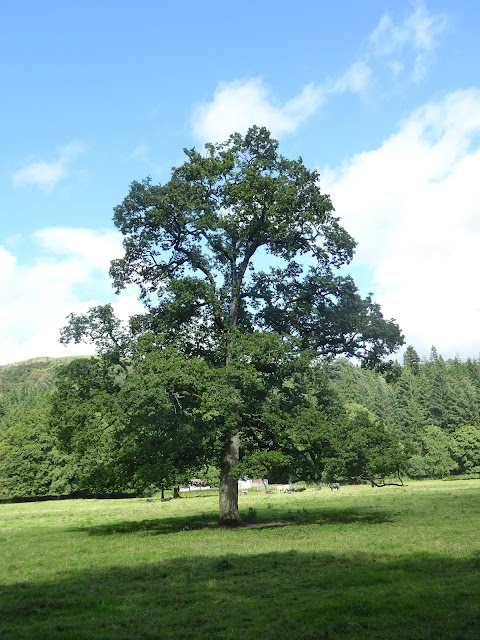 Looks like its going to be a good year for conkers, 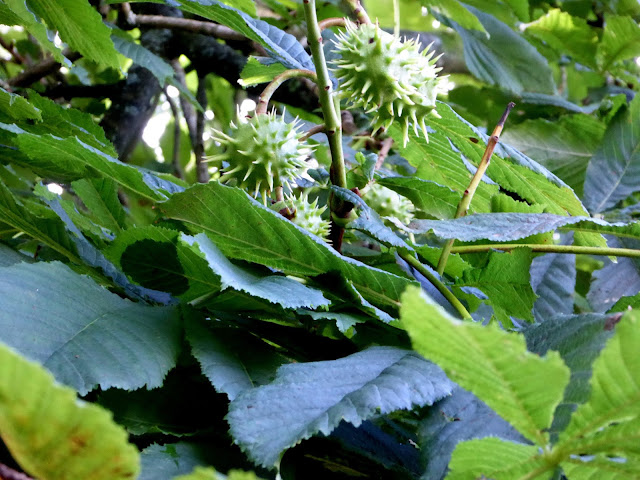 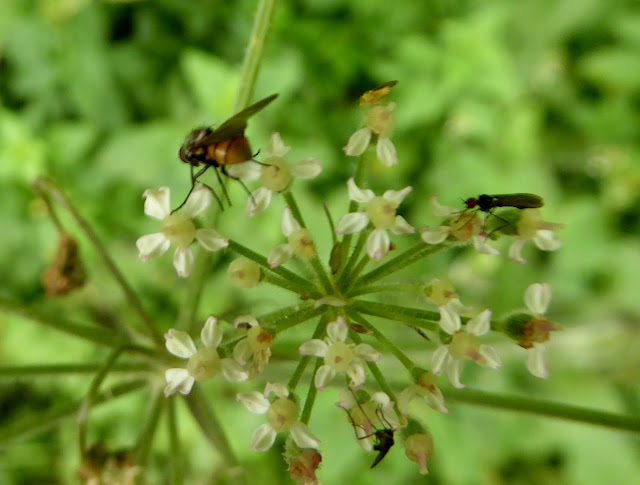 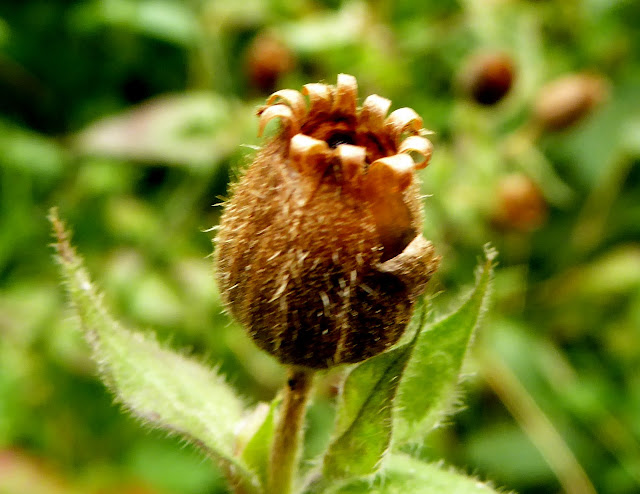 These leaves had a strange secretion and seemed to have been well attacked by some aphid of sorts. 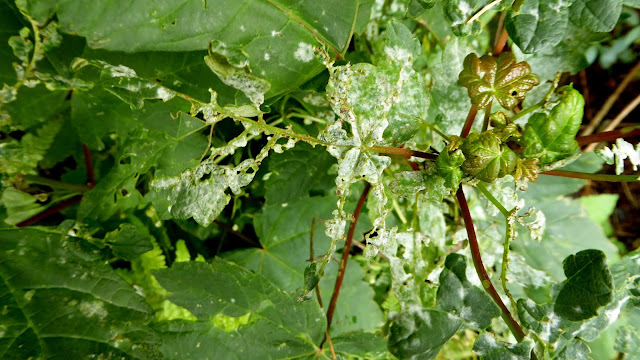 With a little bit of imagination these could be Red Cyber men. 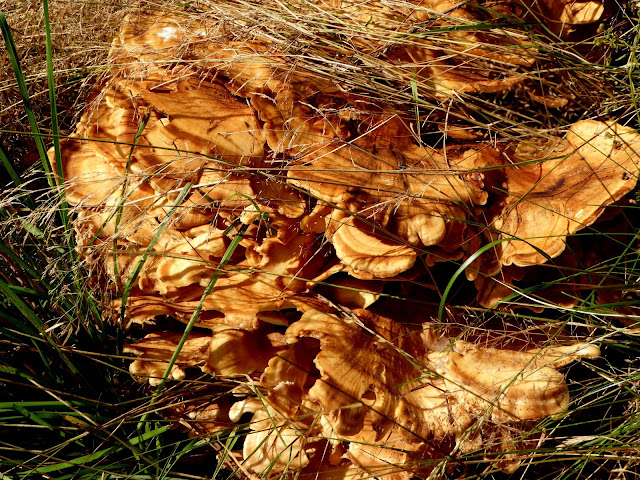 We continued on to the Kilngreen where Mr Grumpy was standing watching a flotilla of ducks... 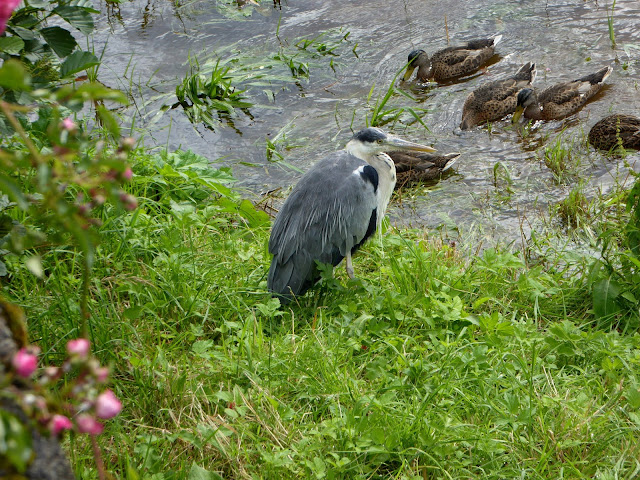 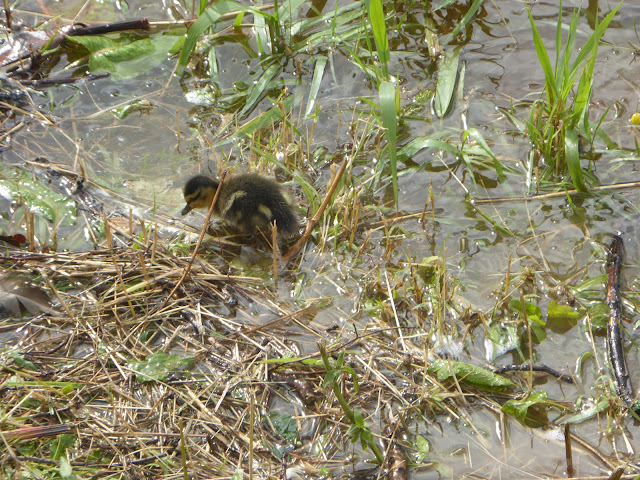 A nice afternoon nap, with a wary eye. 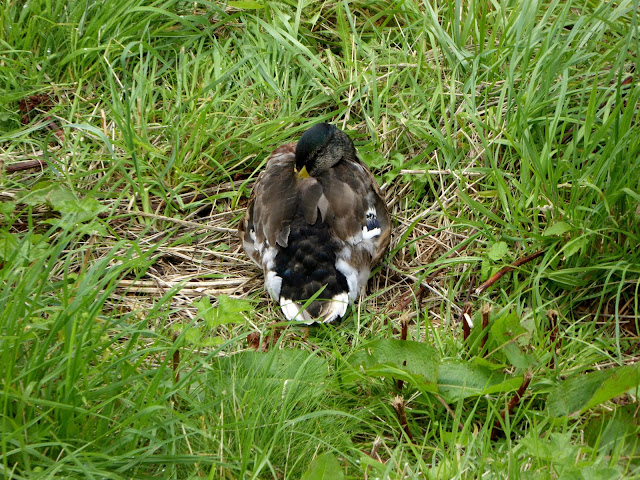 We moved on along Elizabeth Street where we spotted a dipper who was more than happy to pose for us.... 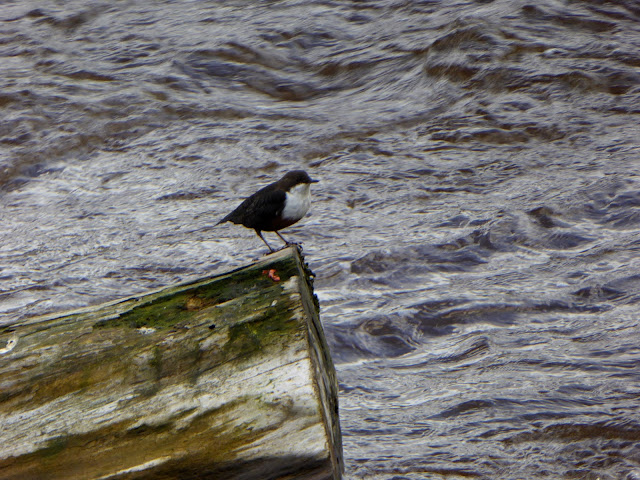 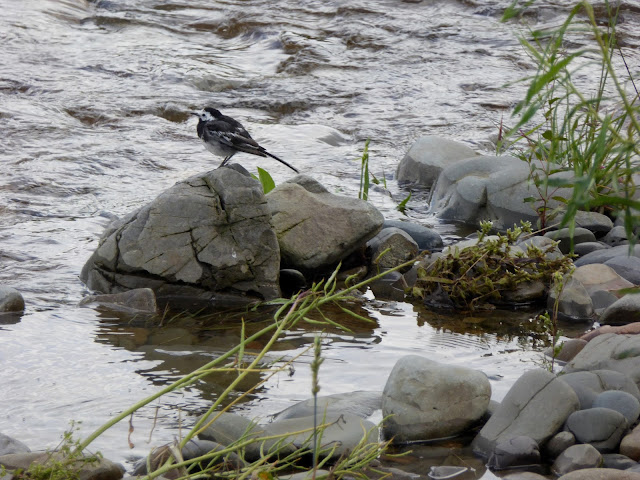 The subtle colours in the stones really appealed to me, providing a nice  soft background to the daisies. 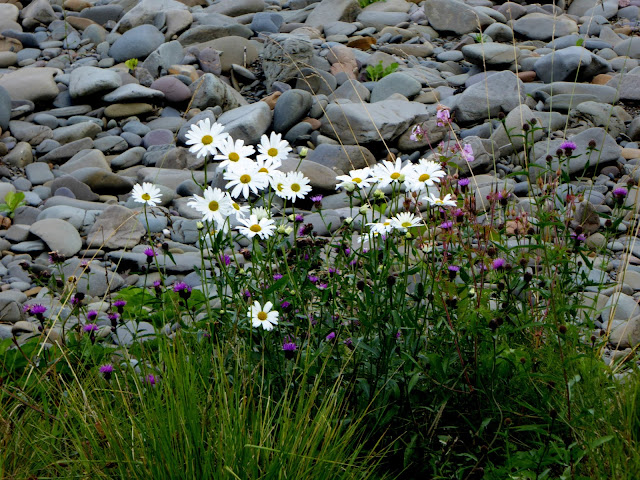 Looks like Mr & Mrs Tootlepedal are going to have a good crop of plums and apples this year. 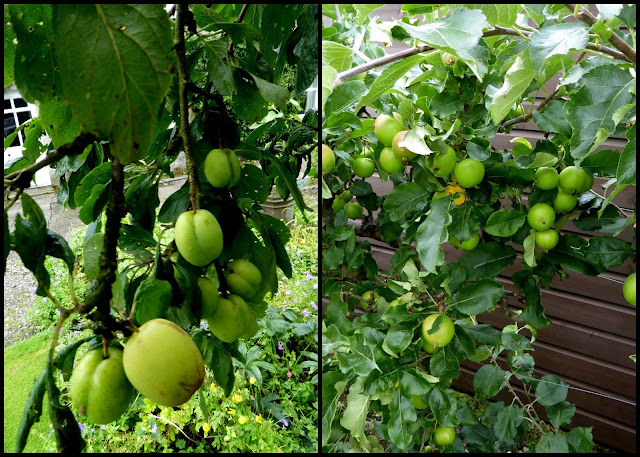 Tootlepedal invited me for a cup of tea and a taste of his raspberry jam which he made with berries we both picked a couple of days ago, spread over delicious home made bread. I then Made my way home before the threatened rain started and got online and managed to book the last ticket available from the Sands Centre in Carlisle for the Joe Bonamassa concert in March next year.
Posted by Sandy at 14:22

Email ThisBlogThis!Share to TwitterShare to FacebookShare to Pinterest
Labels: 2017, August