Lazy Sunday, Leading on to Monday.

This was truly a lazy Sunday,  (it was so lazy I'm posting this on Monday) I got up late lounged about in my pyjamas and after a late breakfast I got dressed and did a bit of reluctant housework.  in the afternoon I decided to head out with my camera and drove up to  the feeder station  to see if there was much activity, but it was just the usual suspects. I stayed a while then decided to go up over Whita as I hadn't been for quite a while. 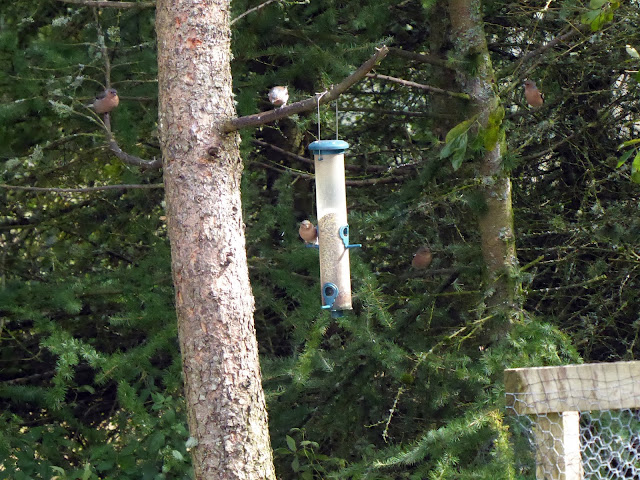 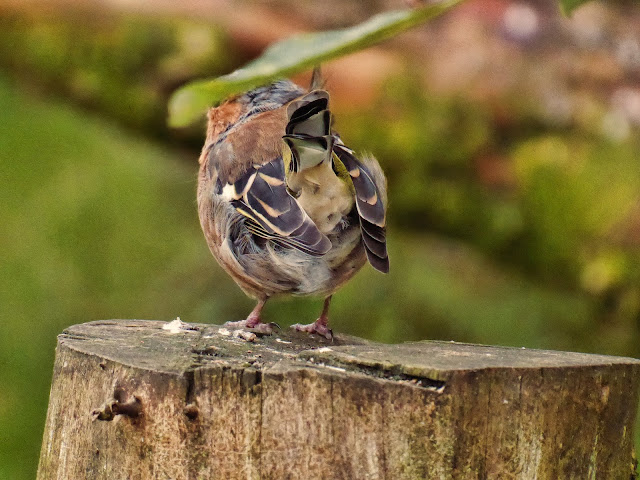 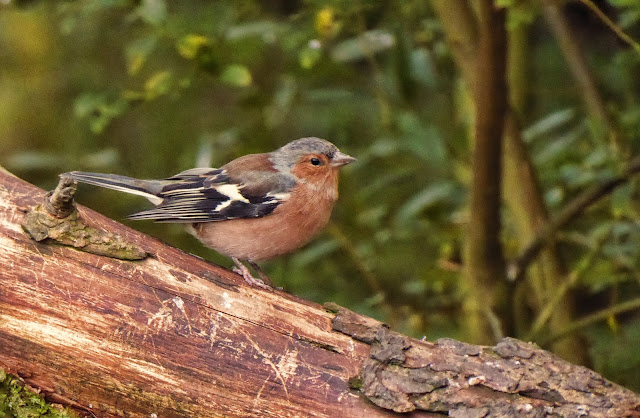 Always good views at the feeders. 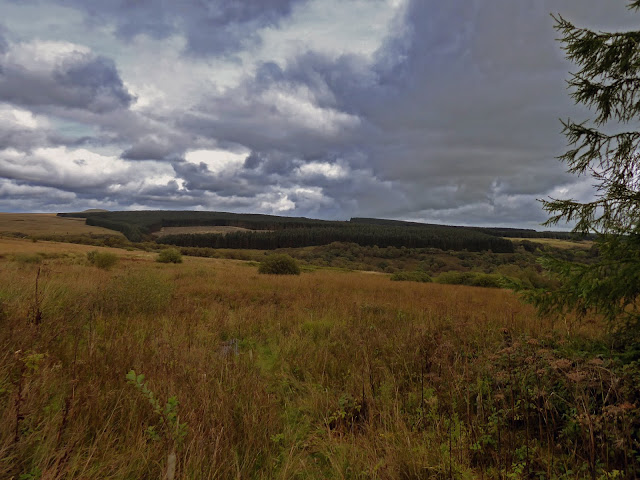 A bit of a slimy character. 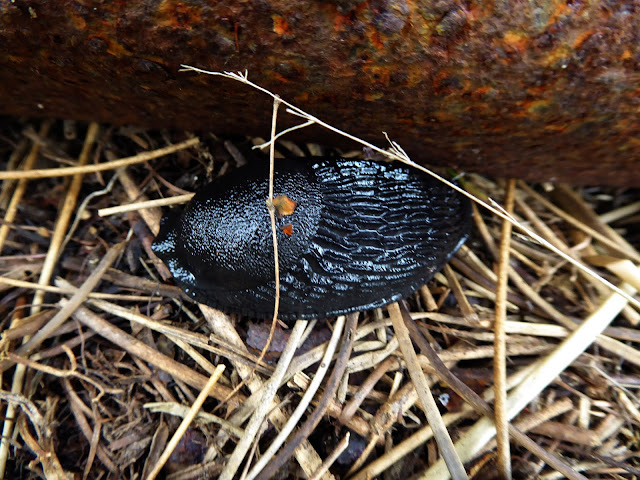 I found these tiny pieces of fungus which I discovered under a sheet of corrugated iron, which I've never come across before quite intriguing.If any readers has some inkling to what they are I would be grateful. 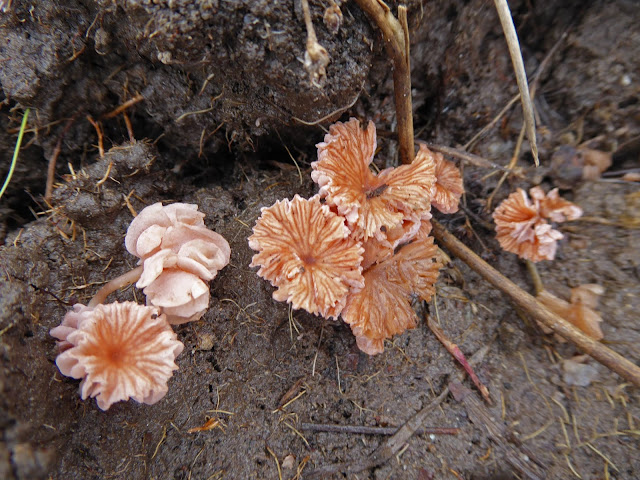 On the way I stopped off  at Broomholm  to admire the start of autumn. 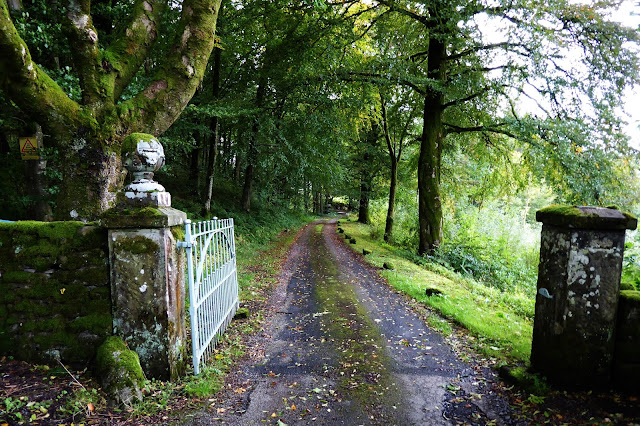 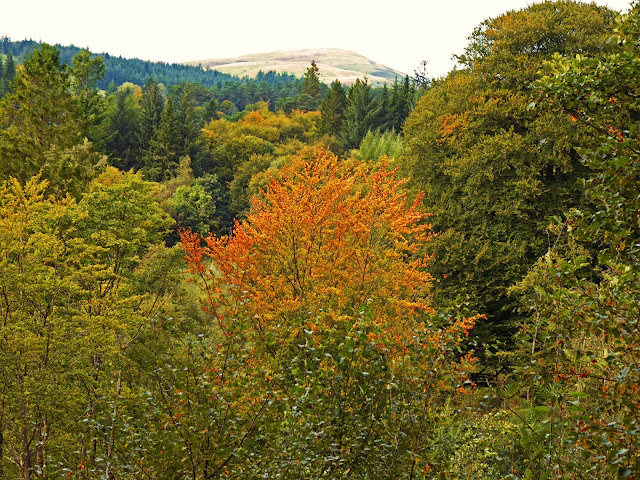 I heard they have they have started felling trees  above Hillhead   which is part of one of Tootlepedal and my favourite walks,  which  starts off from Whitshiels  but as they are leading the felled trees down the path we use it may be some time before  we can  return,  but it will be interesting to see what grows in the future.

A couple of sheep taking a keen interest as to what was happening. 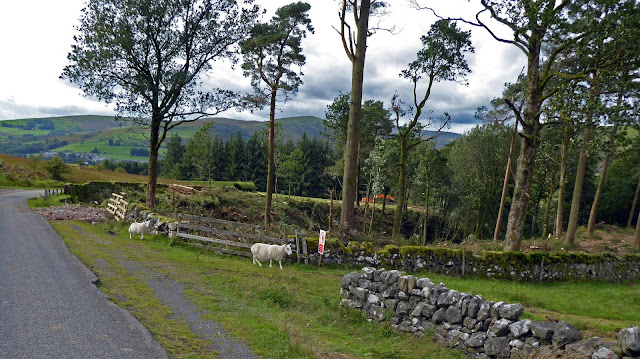 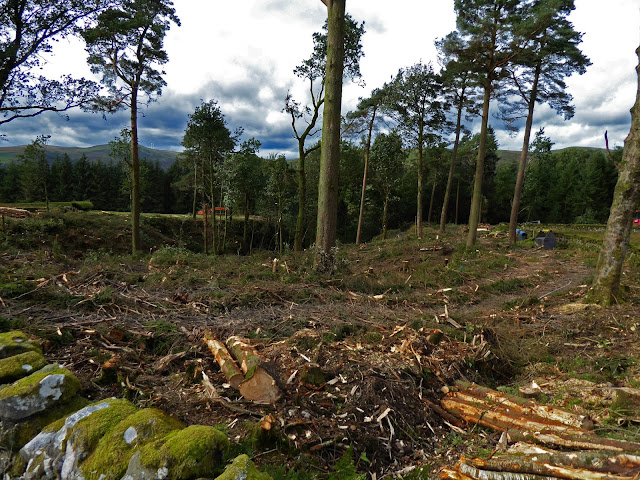 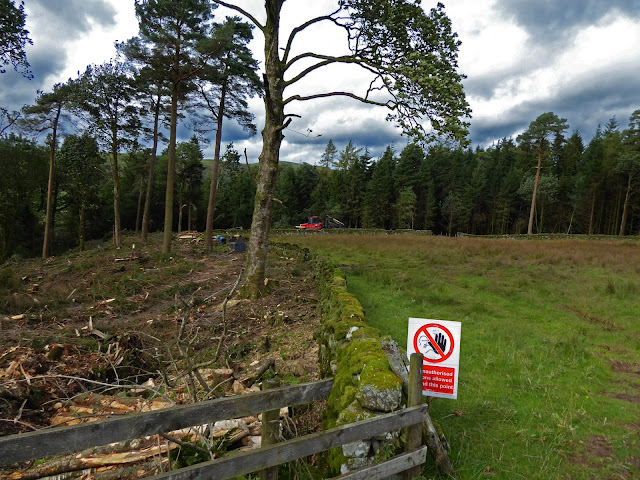 This rust coloured grass was quite prevalent on the back of the hill. 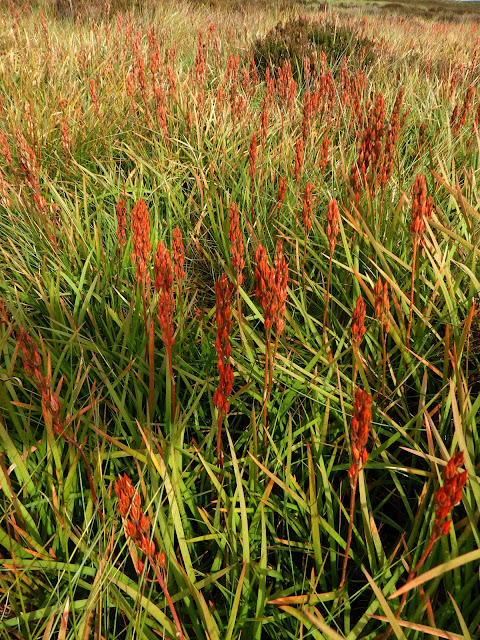 The heather has lost its purple lustre. 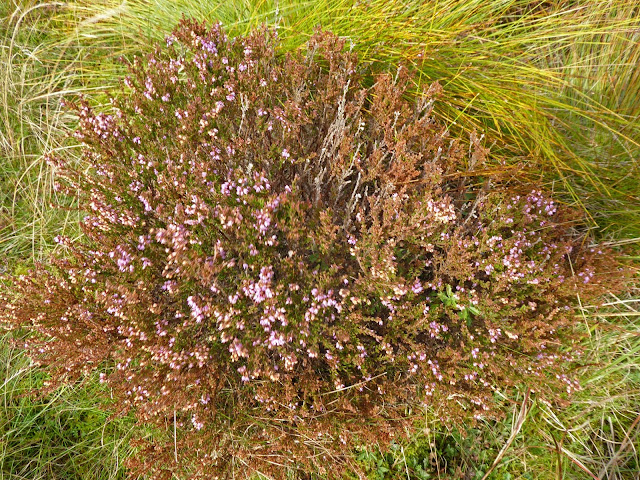 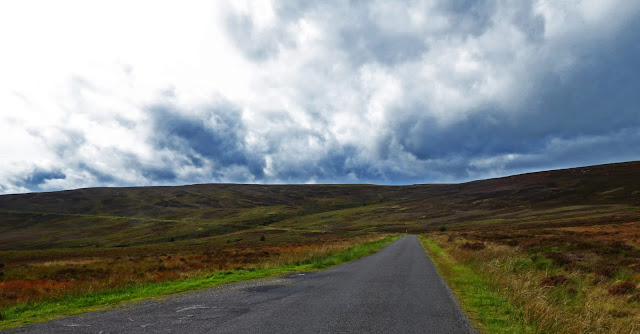 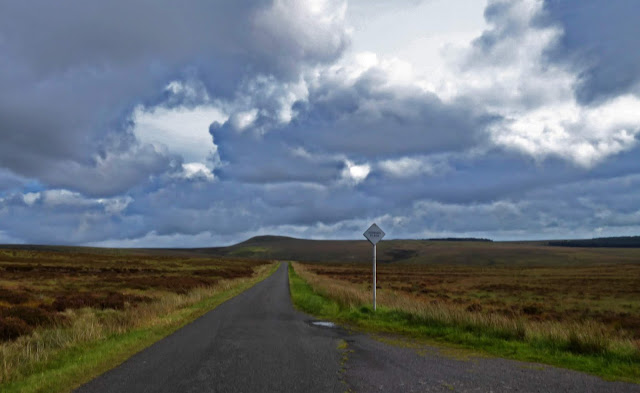 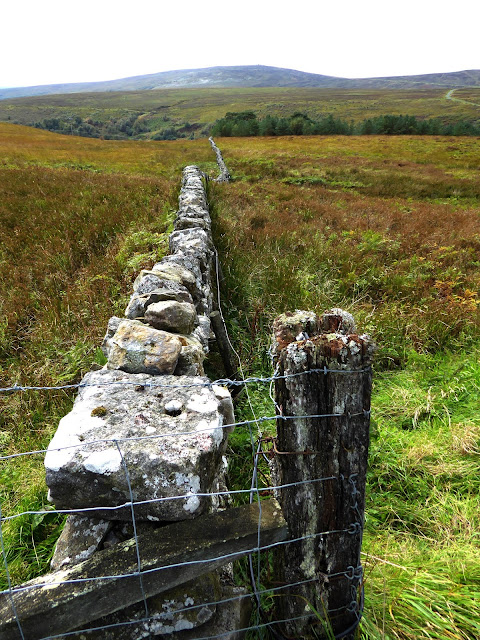 There was still a bit of colour on the moor 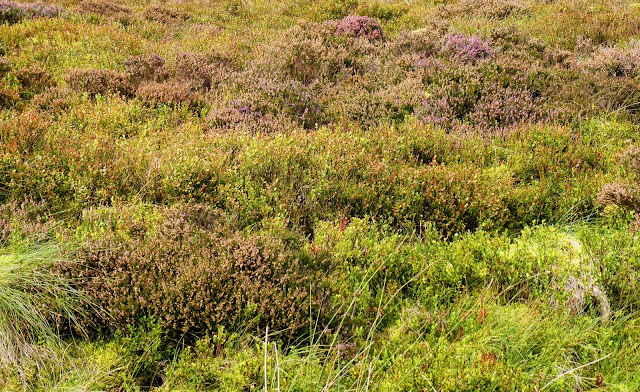 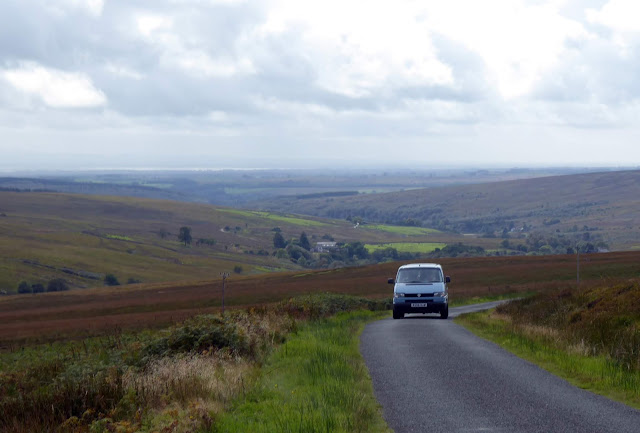 I think this should be named Whisky Burn due to the colour of the peaty water. 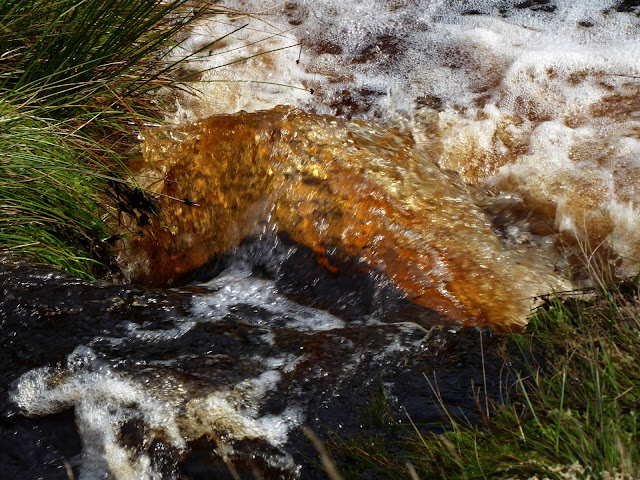 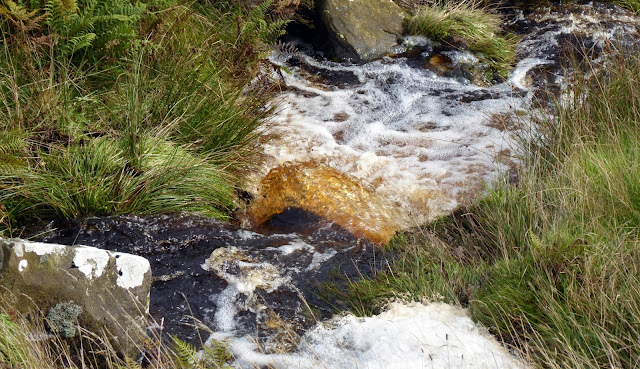 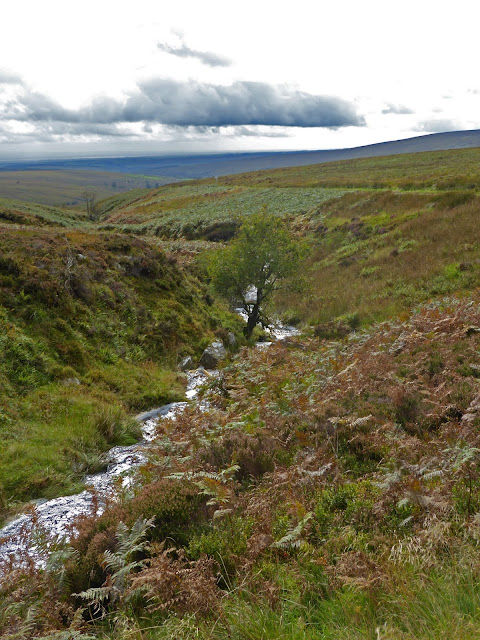 I went as far as the County March then made my way home. 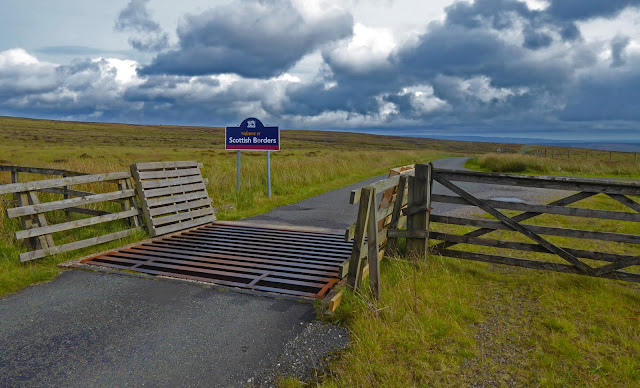 In the morning I went to do some more maintenance painting at the Social Club which fellow committee member Eddie Fisher and I have been doing over the summer months. Later when I returned home for some lunch I rang Toolepedal if he fancied a stroll in the aternoon. I picked him up at the allotted time and we decided to have a walk down the Esk at Canonbie as we hadn't done  that walk this year.

The following is a few of the shots I took, nothing really interesting but worth posting all the same.

Canonbie Church stands well on the knowe of the hill. 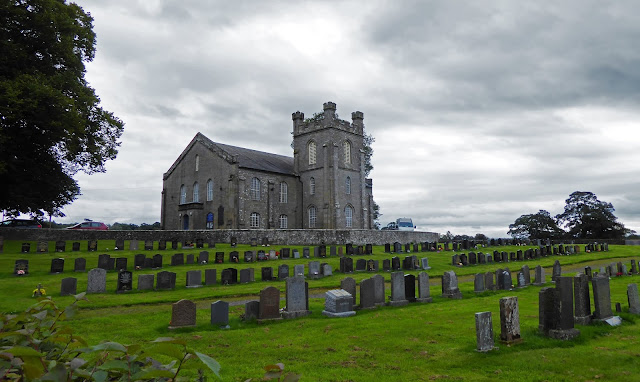 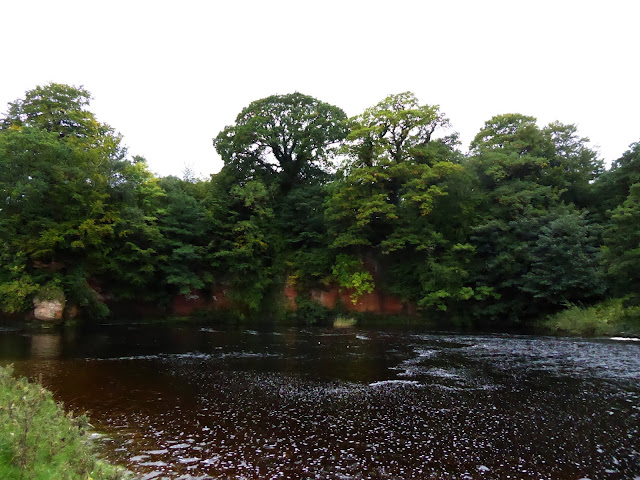 We weren't the only ones on a riverside walk. 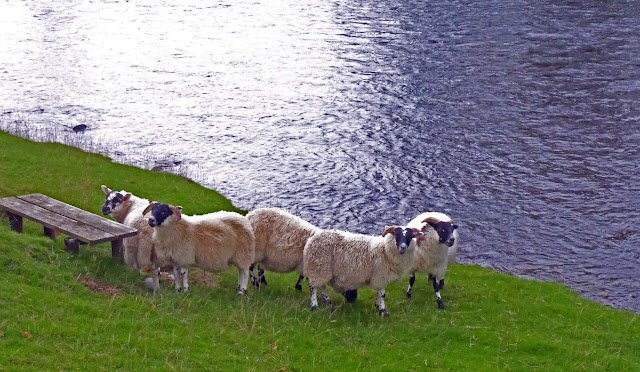 A family of evasive Goosanders. 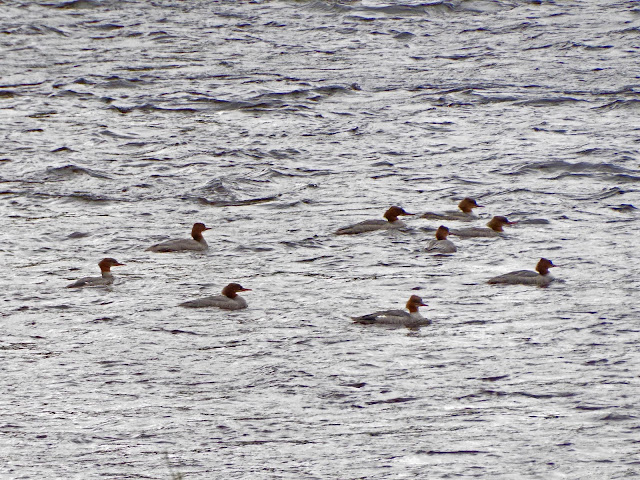 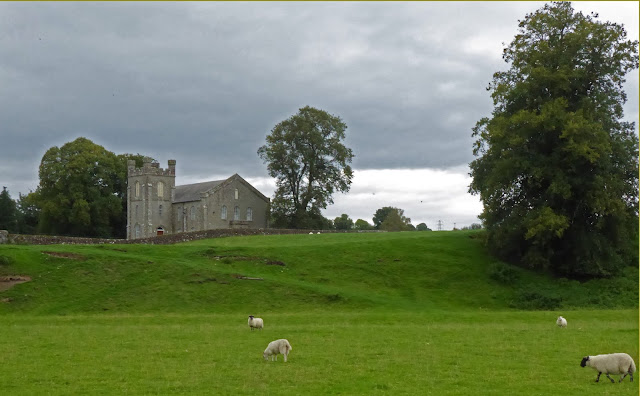 A bit of experiment here, I thohgt this shot was more monochrome than colour.......

........then I was interseted to see what it would look like in an inverted state. 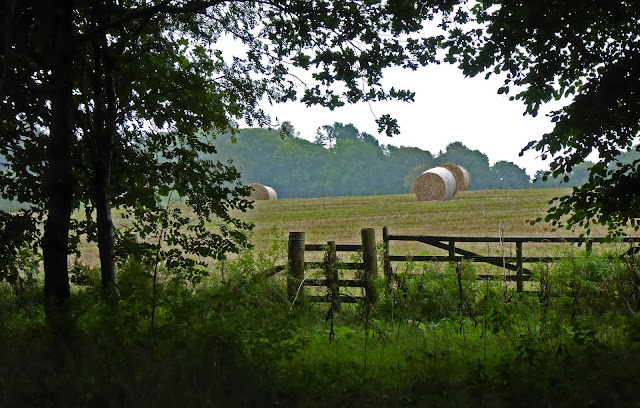 Some fishermen have to much money on their hands. 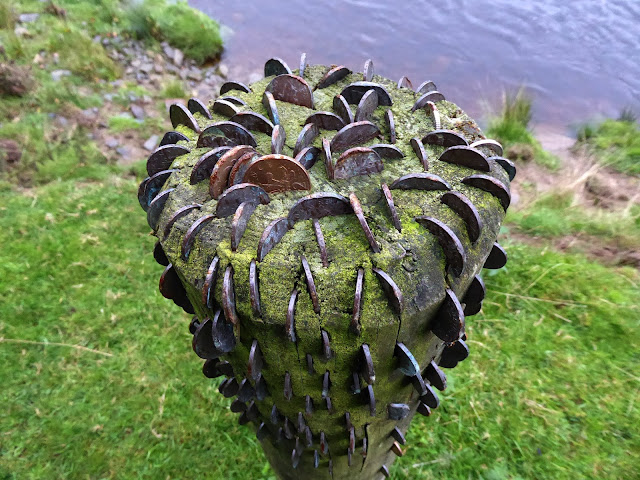 I found this feather and water droplets rather interesting. 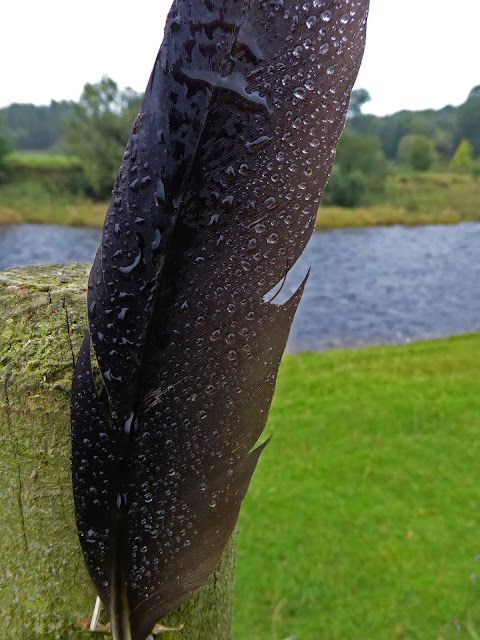 We walked a fair distance down the river bank but due to the start of the rain that had been forecast we cut out losses and headed back to Wauchope Cottage for a welcome cup of tea.

We were joined by Dr Mike Tinker who was enjoying a visit from his son and family from New Zealand . I returned home and prepared my selection of photos for the first session of the season of the Camera Club, then made a nice stir fry for my tea. Click here to view Tootlepedals version of our stroll.

The Camera Club went well with a good attendance, with new members and returning old showing an excellent collection of photos.