An Achievement and a Dazzling Display

The thermometer suggested that it was rather chilly outside when I got up this morning so my planned cycle ride was put on hold until the temperature rose to an acceptable level, by 10 am it had rose to 5°C and there seemed to be little wind so it was a good time to set off. My goal today was to pass the 300 mile mark and as I was only 16 miles short it wasn't going to be a difficult task. I headed up the Wauchope road and took my usual route by the Bloch farm then by Barngleishhead returning by the Bloch, to make sure I achieved my mileage I cycled to the foot of Callister then pedaled  home making my total since getting the Ebike to 302 miles. As the winter months are almost upon us and an up and coming foot operation means my cycling days are going to be curtailed for a couple of months, but until then I'll make the most of the good days that are offered.

I set off on this pedal without my camera but as I have posted numerous photos of the same route I don't think they'll be missed, but the following pictures are from a walk I had on Saturday around the Castleholm.

Looking up through the trees at the Galaside wood. 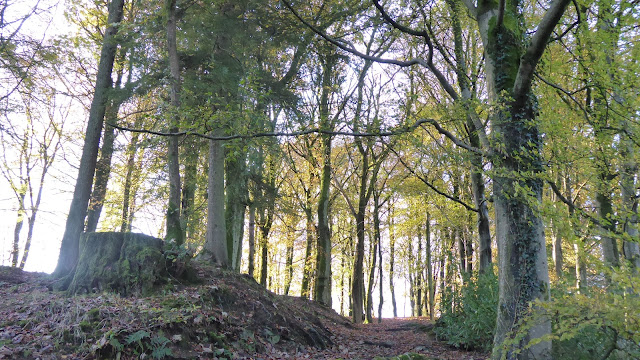 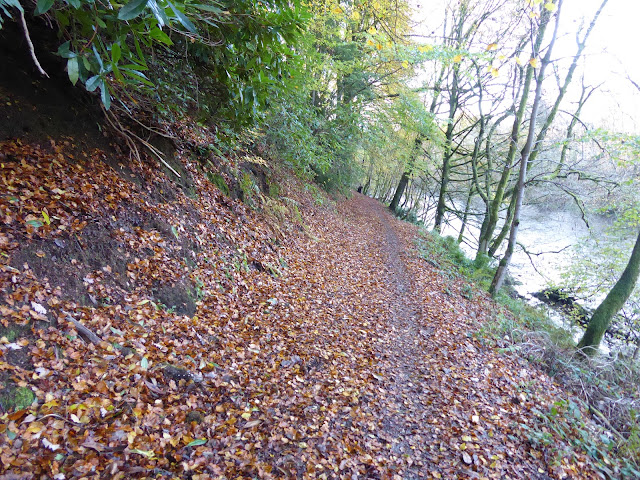 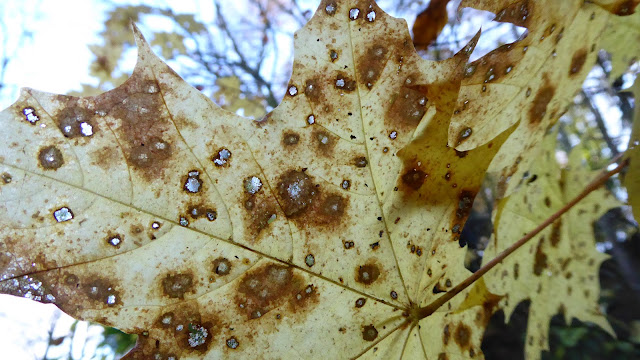 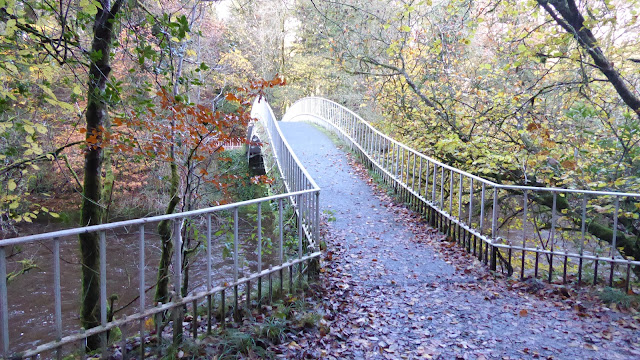 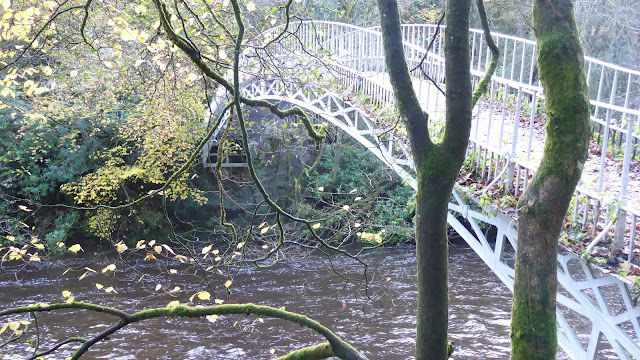 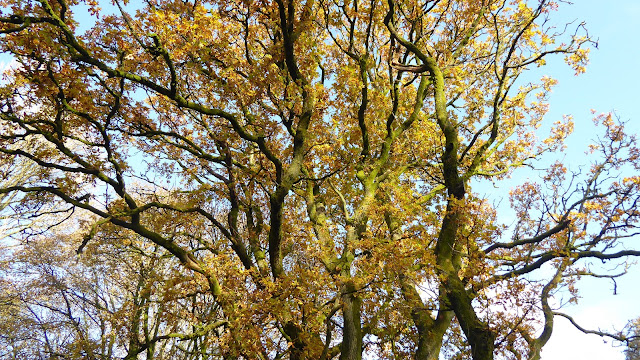 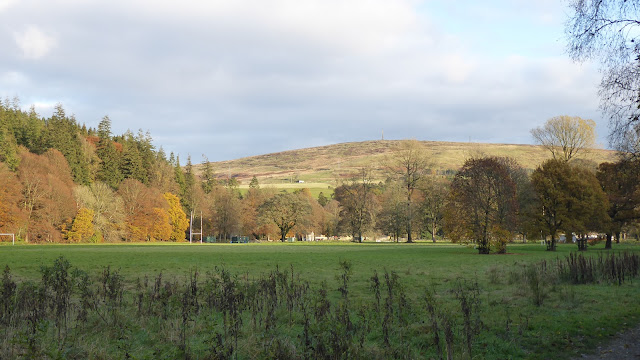 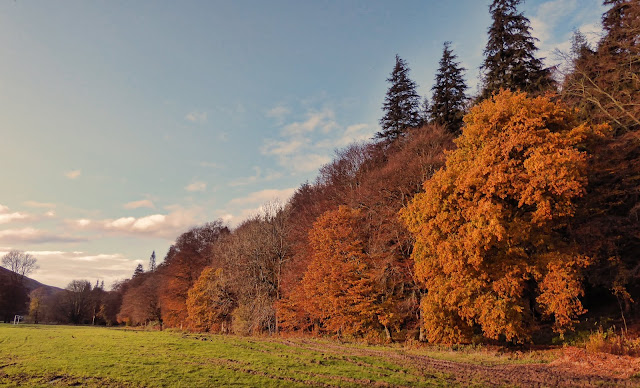 Result of the inclement weather at the Cattle Show time 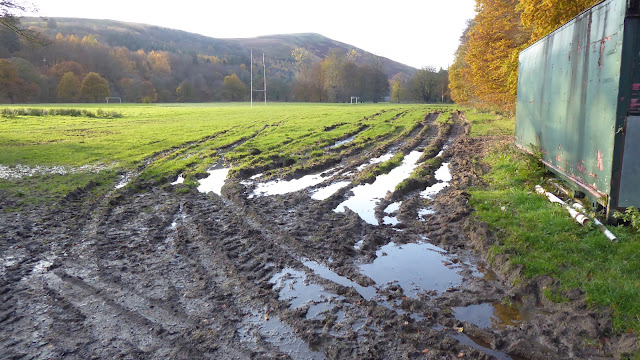 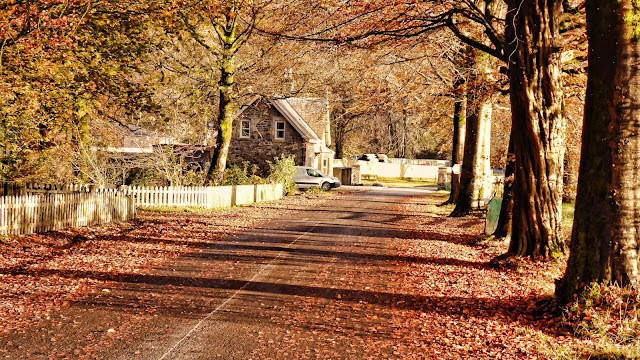 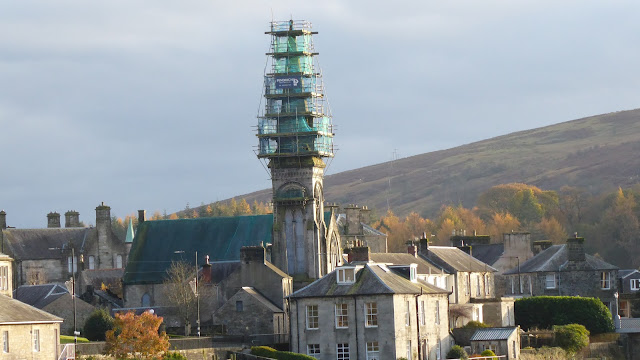 A ghostly remainer from Halloween 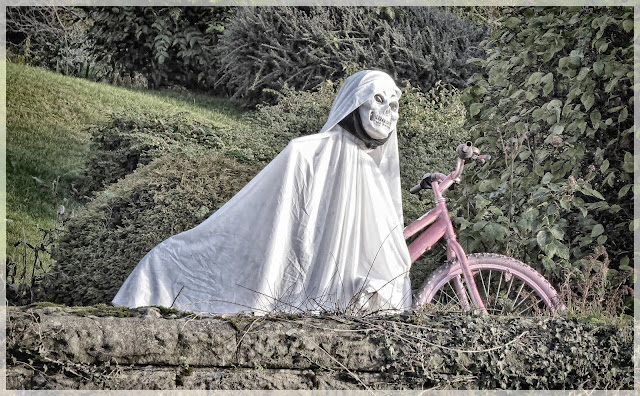 I did manage to get some shots from my back door of the firework display that was being held over on the Castleholm and watched by a vast crowd on the Kilngreen which was also accompanied by a spectacular bonfire later in the evening which all led to a dazzling display.

The fireworks in the shots may look a bit haphazard but to those who are interested this is due to the camera being hand held at an aperture of 11f and a shutter speed of 4 seconds, I think they make acceptable images but next year I'll be more prepared and use a tripod. 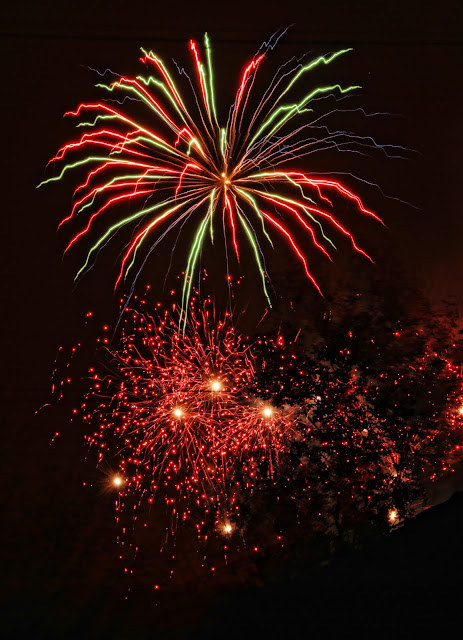 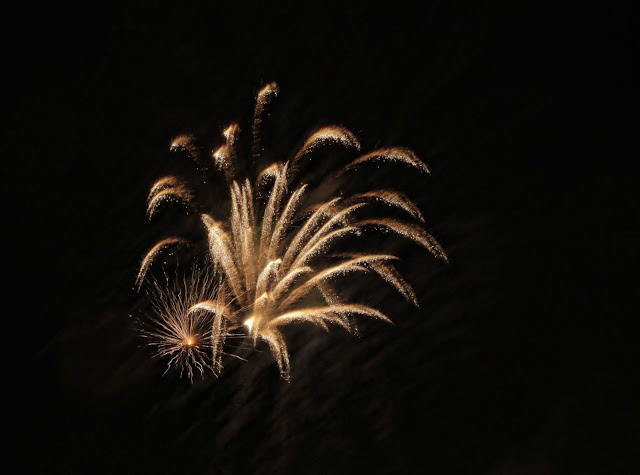 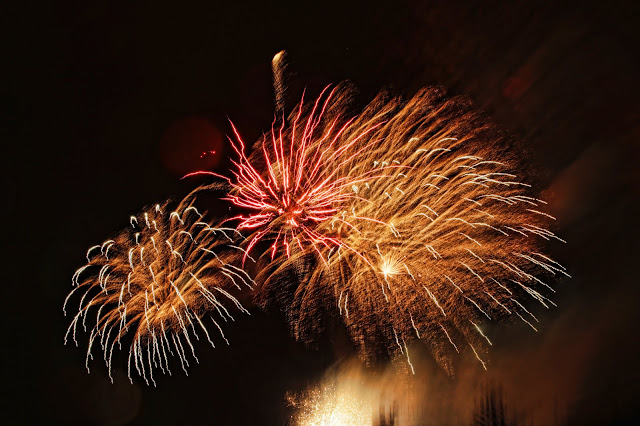